Uniting the World Against Corruption 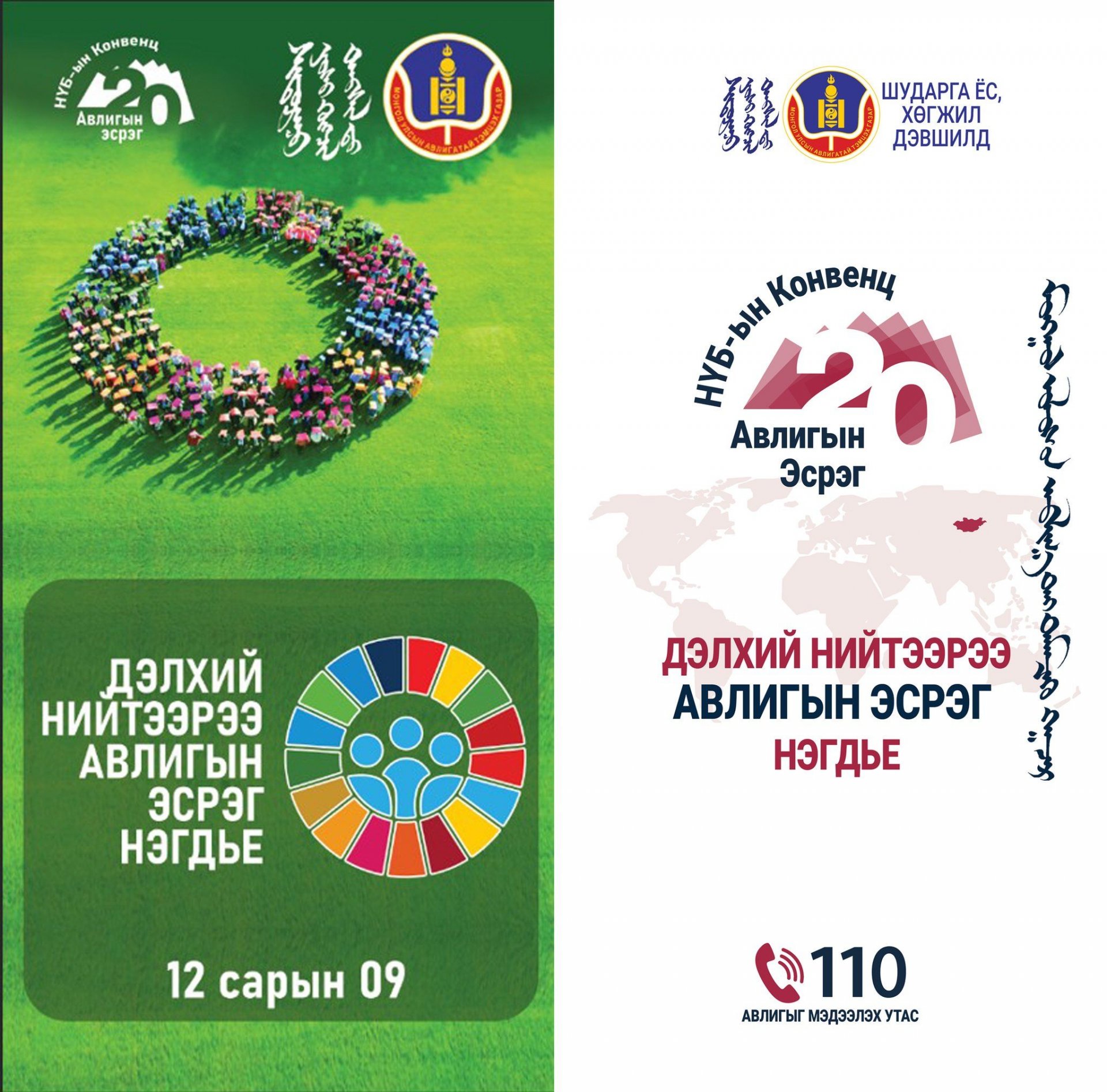 In 2003, UN member countries leaders joined United Nations Convention Against Corruption /UNCAC/ and the signing conference is held in Merida, Mexico. This day, which was signed by high-ranking officials of the member countries was officially declared by the UN as the International Anti-Corruption Day.

Mongolia joined the Convention in 2005. The anticipation of the International Anti-Corruption Day, fostering the idea of justice in children and students, preparing and distributing contents, introduce and encourage the harmful effects of corruption, promote anti-corruption laws and the activities of the IAAC, various events such as anti-corruption meetings, discussions, and events have been organized and celebrated on a wide scale based on the participation of media organizations, private sector organizations, citizens, and the public.

In this year, on the occasion of the 20th anniversary of the adoption of UNCAC, we are celebrating under the slogan "Uniting the world against corruption". In anticipation of this International Anti-Corruption Day, a series of events involving representatives of each sector and civil society organizations in 8 sectors such as education, construction and urban development, road transport, agriculture, labour and social protection, environment, mining and health holding a discussion, submitting the suggestions and recommendations from the discussion to the relevant organizations, and working to achieve practical results.

Furthermore, the IAAC has paid special attention to the return of assets in order to bring corruption detection activities to an international level. Specifically, a senior official of a state-owned enterprise received a large amount of bribes from others while holding a public position through an offshore area. After that, valued at 1,172,372 pounds sterling or 4,374,312,050 MNT the 4-room, 110m2 real estate located in the center of London, UK, was obtained through the bank account of its affiliate in the Republic of Latvia. Entitled "Mutual legal assistance" sent a legal request, collected information relevant to the case, conducted a financial investigation, and collected a total of 12.2 million USD funds were successfully returned.

The Government of Mongolia pays particular attention to the effective implementation of the UNCAC, and in order to emphasize the importance of international cooperation and the support of professional organizations in this fight against corruption, we call on the countries of the world to work closely with each other.

UNDER THE ONE PURPOSE,

UNITING THE WORLD AGAINST CORRUPTION

INDEPENDENT AUTHORITY AGAINST CORRUPTION OF MONGOLIA

For Justice and Development