MONGOLIA: INTENSIFYING FIGHT AGAINST CORRUPTION IN THE EDUCATION SECTOR 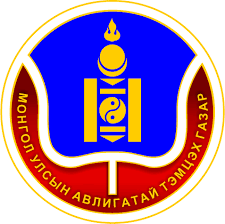 At the meeting of the Government of Mongolia on August 3, 2022, a Working group was established to combat corruption in the education sector which the representative of the Independent Authority Against Corruption joined in order to supervise the enrollment process of public schools and kindergartens to ensure equal access to the public. Also, on August 19, 2022, the Commissioner General of the IAAC and the Minister of Justice and Home Affairs jointly issued a 7-point recommendation to the education sector.

In Mongolia, the academic year begins on September 1st, and enrollment for general education schools and kindergartens is held in August. Due to the inaccessibility of kindergartens, on average, more than 30 thousand children do not attend kindergarten every year. Also, due to the substandard quality and availability, parents are interested in sending their children to schools in the city center or schools with good teaching quality and environment, which is one of the reasons for corruption in this sector.

In recent years, the Government of Mongolia and the Administration of Ulaanbaatar have been actively working to increase access and improve the quality of schools and kindergartens. For instance, 176 construction projects of educational institutions are being implemented in the capital. Of these, 16 buildings were completed in 2022. As a result, the number of kindergarten beds in Ulaanbaatar city has increased by 2,810, and the number of school seats by 960. Although progress has been made in improving the learning environment and accessibility, the quality of education remains problematic.

In 2016, following the recommendations of the IAAC to the Governor of the Capital city, the registration of state-owned kindergartens and schools began to be organized electronically. Since 2022, this activity has been integrated into e-Mongolia, an electronic system of government services.

Corruption in the educational sector is not the only issue this sector encounters, it is a multi-faceted political, economic and social problem that has consequences such as urban congestion, energy loss, and even the future development of the country.

As part of the measures of the Working Group, complaints and information related to enrollment in schools and kindergartens were received and solved promptly by calling the “110” hotline of the IAAC and the 11-11 center of the Government.

The working group selected 18 state-owned general education schools and 9 kindergartens in 5 districts of the capital, taking into account the complaints and information submitted by the citizens to the IAAC and the risk of corruption.

18 employees of the IAAC personally supervised these education institutions, and organized events to improve anti-corruption public awareness of the citizens. The causes and conditions of the irregularities found during the supervision were quickly solved, and recommendations and suggestions were submitted to the relevant government agencies.

This measure has yielded some positive results. For example, there were 50-60, and in some cases 70 children studying in one class of a city center school or kindergarten, while the number of classes in some schools where the Working Group supervised decreased by 20-30 percent compared to the previous year.

Thus, Mongolia is making efforts to reduce corruption by regularly updating the address register of citizens, improving the coordination of government institutions, and digitizing public services. However, improving the quality and availability of education and empowering human resources remains a challenge in the education sector.

Therefore, the measure will continue, and the IAAC will continue to monitor the inclusion of non-district children in state and local schools and kindergartens, report the results, and hold the relevant officials accountable.

We will report back on this matter after the joint report of the Working Group.