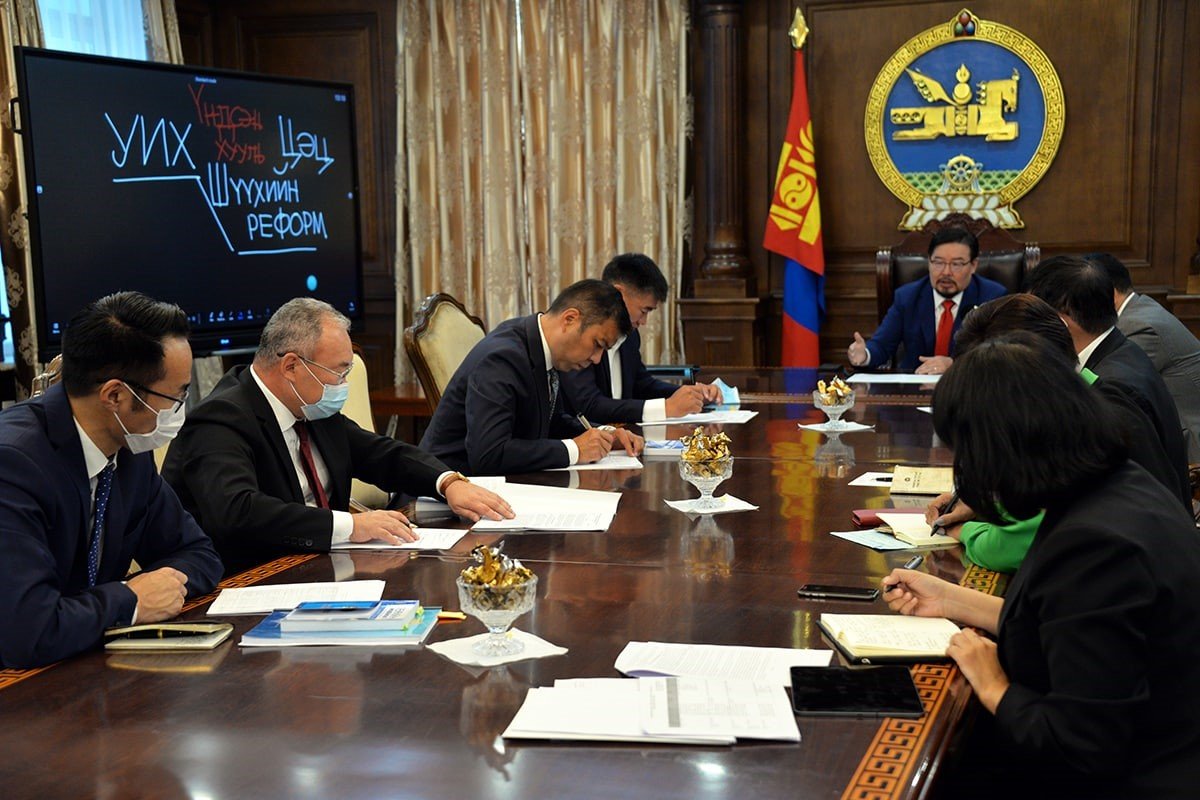 The Law on Courts of Mongolia was amended in the framework of the Parliament Resolution No. 02 of 2020 “On measures to be taken in connection with the amendments to the Constitution of Mongolia”. The adoption of this law has created the conditions for strengthening the judiciary in full compliance with the amendments to the Constitution of Mongolia. In particular, the Chairman of the Parliament said at the beginning of the hearing that he believes that the legal environment for the judiciary has been created, which strengthens the independence of the judiciary, makes judicial services more accessible to citizens and guarantees the right of citizens to a fair trial.

Chairman of the Parliament Mr. Zandanshatar: The issue of establishing a court to deal exclusively with corruption cases should be studied and resolved.

Mr. Zandanshatar noted that the aim of the amendment is to implement judicial reform in response to citizens' demands for justice.

In order to break the “tunnel of injustice” that we have all been talking about for years, we need to implement a provision that aims to eliminate the dependence of the judiciary on one official. The council will be elected in a transparent, open and, independent manner in accordance with international standards. Most importantly, the non-implementation of this provision is detrimental to the reputation of the judiciary. "The Parliament will pay special attention to the implementation of this regulation to demolish the 'tunnel of injustice'. The participants expressed their support for the amendments to the Law on the Constitutional Court of Mongolia and the Law on Dispute Resolution in the Constitutional Court. The reform of these laws will be discussed and approved at the beginning of the autumn session of the Parliament, which will enable the full implementation of the Law on Courts.

The Constitution states that the General Council of the Judiciary shall not be involved in the judicial and judicial proceedings of the judiciary, but shall be responsible for ensuring the independence of the judiciary, such as the selection of judges and the protection of their rights. The Standing Committee on State Structure and the Secretariat of the Parliament have drafted a law on civil service selection based on a study of international standards, and the principle of draft selection will be followed by the entire civil service. According to the current legal regulations, it is not possible to select the most proficient officer in the civil service, so the above laws and regulations are being adopted. The General Council of the Judiciary, the Judicial Disciplinary Committee, and the selection of judges have been instructed to follow the same principles.

He emphasized that keeping open, transparent, and formal records in meetings with certain officials and then archiving them was the basis for strengthening independence and the rule of law. Therefore, Mr. Zandanshatar, stated that this meeting is open to the public, has a full official record, and is being fully implemented in accordance with the relevant provisions of the law. He said judges at all levels should be accustomed to enforcing this regulation. The Law on Courts provides for five types of penalties for judges, and judges must be careful not to engage in any form of intentional or unintentional misconduct and must be individually enforced. He also expressed his support for the initiative of MP Mr. Enkhbayar to hold a session of all judges at the Government House in early October 2021. The issue of establishing a court was urgently addressed by the Parliament through the Government.

"The best way to stop corruption is to have a court that deals with corruption. There is such an international experience in dealing with corruption, and researchers recommend it," he said. The Standing Committee on Legal Affairs was instructed to study the establishment of a court to deal exclusively with corruption cases and, if necessary, to work expeditiously to create a legal environment.” said Mr. Zandanshatar.

In conclusion, he called on the judiciary to implement reforms and pay special attention to ensuring the right of citizens to a fair trial.