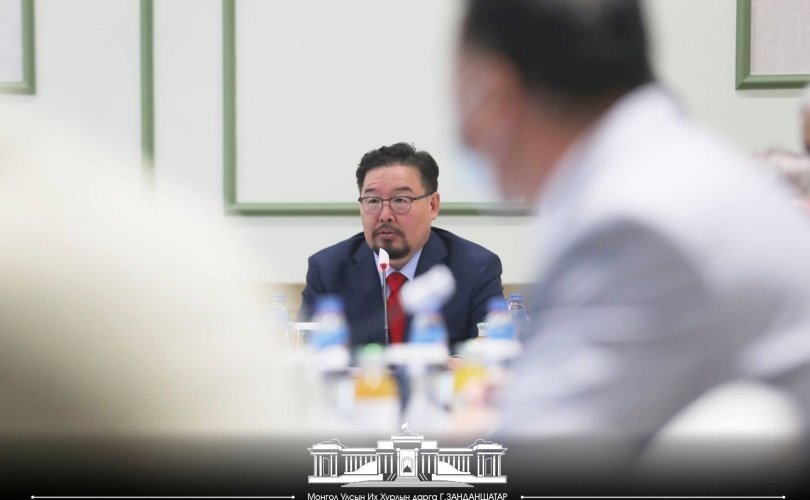 SOME CIVIL SERVANTS ARE LABELED AS "HIS/HER PAWN"

Mr. Zandanshatar, Chairman of the Parliament:

- Citizens are criticizing the bureaucracy, corruption, and unethical behavior of the civil servants in middle- and lower-level. Therefore, there is an urgent need to legalize the ethics of civil servants in Mongolia. This issue was also seriously discussed during the constitutional amendment. In 2018, while working at the Cabinet Secretariat, I established a working group on the draft Law on Ethics and Discipline of Civil Servants and the draft Law on Selection of Civil Servants. 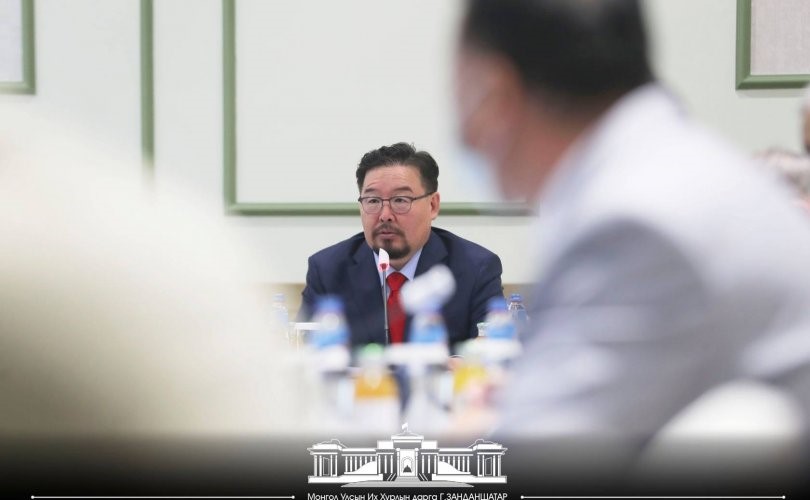 Three years ago, a draft law on Civil servants' ethics and discipline was submitted to the chairman of the Parliament, and a revised version of the law was submitted to the relevant standing committee in July for final discussion. The law will be finally adopted by the autumn session of the Parliament. Here are the views of some officials on the draft Law on Ethics and Discipline of Civil Servants.

To tell the truth, the selection of the Civil Service Council is just a formality. Complaints about the use of acquaintances and other illegal methods to enter the civil service, as well as the fact that the selection process has become nominal and politicized, have become more frequent.

Unfairness in the selection of civil servants shall be changed by the Law on Selection of Civil Servants. With the adoption of the law, the activities and reputation of the Civil Service Council should reach a higher level. The government must hire the best professionals.

Traditions and culture of respect for the state must be based on the reputation of the civil service. The people have given us the opportunity to govern. Therefore, we must respond to the trust of our people with more diligence. To this end, the civil service will be reformed. However, this reform is not about changing people, but about changing their thinking, policies, and regulations. This law will be the basis for developing the civil service to serve not only officials but every Mongolian.

Mr. Munkhbat, Member of Parliament, Chairman of the Standing Committee on State Structure of the Parliament:

- The draft Law on Ethics and Discipline of Civil Servants and the draft Law on Selection of Civil Servants were developed jointly by the Parliamentary Standing Committee on State Structure and the Parliament Secretariat. Two years ago, before the constitutional amendment was debated in Parliament, the issue was discussed and a survey was conducted on the ethics of civil servants. According to the survey, more than 94 percent of respondents pointed out that the civil service is bureaucratic and corrupted.

The mechanism for monitoring and evaluating the performance of the Ethics Councils under government agencies is still unclear. In addition, although there are sufficient codes of conduct for civil servants, there has been no unified management and organization to enforce them. Therefore, there is an urgent need for a single Law of ethics for all sectors of the civil service.  There is a lot of criticism that the civil service is full of people from the same political party and leader. It's time to change all that. In other words, ethical mistakes need to be investigated and prosecuted.

The second issue is about the selection of civil servants. Young and highly educated people from foreign and domestic universities are required to work in the civil service for a number of years. Therefore, regardless of time and years of service, it is appropriate to set criteria for public service based on personal abilities and ethics.

Mongolia needs to follow the good standards of other countries. In Japan, for example, civil servants have a law of ethics and discipline.

IF THE LAW IS ADOPTED, THE CIVIL SERVICE WILL HAVE A COMPREHENSIVE STRUCTURE

-Public morality must be maintained by public officials. If the draft Law on Ethics and Discipline of Civil Servants is adopted, it will be the first law in our country to legislate ethical norms. In addition, special committees and sub-committees in charge of civil servants' ethics will be established, and the entire civil service will have a comprehensive structure.

In general, this law will clarify the policies and strategies of the new generation of civil service reform. Understanding, implementing, and achieving the principles of a stable, accountable, professional, and non-political civil service will create the ground for public confidence and support for reform. The stability of the Mongolian civil service is not just a matter of law.